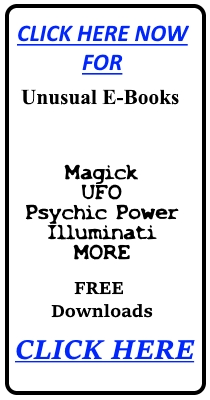 THE STORE THAT WAS NOT THERE

or objects that were not actually there as would be scientifically

possible , or at least should not have been there . This is one of the

darkness was setting in.

Our next door neighbors when I lived at 1519 had a grandson, Paul

, who would come to visit them from time to time and we always got

together to play every time he would visit. I was about 11 at the time

friend , but also sort of that I was like his protector and as such I tried

to look out for him and set an example for him to look up to.

when we heard the familiar sound of the ice cream truck coming. It

most often came right down our street, but some nights it came the

catch it before it was gone. This was one of the nights it happened to

be coming a few streets over. I ran as fast as I could to ask my mother

would be careful. She told me if I would be very careful and it was OK

with Paul’s grandmother it was OK with her. I assured her I would be

house. He asked his grandmother and she said the same as my mother

had. To be careful. I told her I would look out for him and she said she

and we could only barely hear it anymore. I looked at Paul and said

“Maybe it is just up the road stopped on a side street , lets go and look

“ . I agreed since it was a hot night and I was looking as forward to a

snow cone as badly as he was. I said that we would go a little way but

not too far since it was dark. We walked a few blocks down the street

looking down the side streets, but seeing only houses and street lights.

No ice cream truck in sight. It was gone for the night.

something that was totally out of place. I saw very bright lights in a

place where I knew there never had been any. I decided to walk a little

closer for a better look.

Paul and I were standing beside an apartment complex that I

walking and in a car. I knew exactly where we were, but as I looked

supposed to be there. It was a very large store or shopping center of

some kind with a huge and brightly lit parking lot. I could clearly see

inside the store. All of the shelves were stocked with groceries and

other items. One thing that looked completely out of place and strange

parking lot. My heart began to beat fast since this didn’t make any

sense at all. There wasn’t a store in that location. I knew that for a fact,

but I was seeing it there.

I looked at Paul and asked if he saw what I was seeing and he said,

“Yes, that is where my mom works “. His mother did work at a large

grocery store, but it was about 2 miles away in the opposite direction.

I looked at him and said , “ No Paul that is not where your mom works

, that store isn’t there, oh my God we are bad lost and I don’t know

how to get home “ . He looked at me confused and laughed and said,

“Yes there is a store there, what are you talking about? I can see it, it is

became more and more confused and scared. I finally looked at Paul

and said, almost screamed, “We have to go NOW, come on and follow

run as fast as I could. I didn’t understand what was happening, but I

knew in my heart that we needed to get home as fast as possible,

something wasn’t right. I had begun to think maybe he was right and

that we had some way went to the store his mother worked at. I had no

idea how we would have, but I knew if we did I had no idea how to get

us back home in the darkness and that scared me even worse. I looked

yelled out to me, “Why are you running, what is wrong? “ . I stopped

and yelled back in a demanding and fearful voice, “Paul don’t question

me just run NOW, we have to get home “. He finally began to run and

catch up with me and we returned home as fast as we could. I looked

behind us. My mind was still puzzled but I realized that we were

indeed where I had thought we were. Just a mere 3 blocks from home.

When we were back home he asked why I had gotten so scared. I

there, but I couldn’t explain it to him. He just kept laughing and saying

that it was there and that is was where his mother worked.

we had seen. Probably since I imagined that despite all my parents and

and a cold chill went down my spine at what they said. They both said

that they believed there had been a store in that location, but that it had

I suggest you check out this webpage now

I d thought that most everyone knew where my main website was but apparently not . I have been getting more and more attention lately asking if I have a main website and the answer is YES !!! Click the banner below to visit my main site 5 OF DIAMONDS where I bring you some of the BEST and also little know information.

Pick your interest or see recent posts and subscribe below.